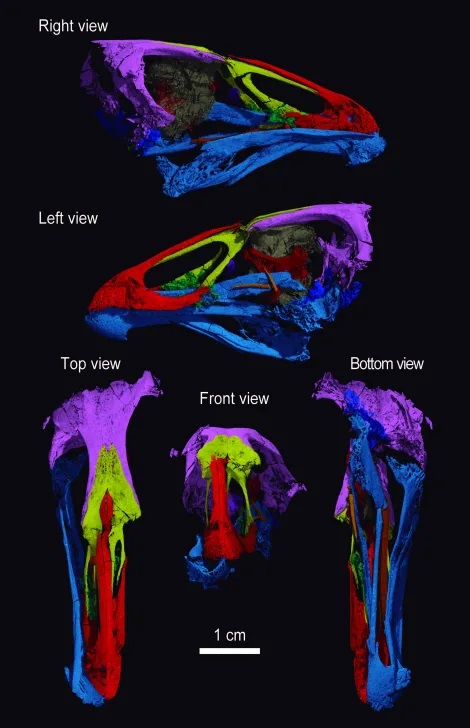 The earliest diversification of extant birds (Neornithes) occurred during the Cretaceous period. After the mass extinction event at the Cretaceous-Paleogene (K-Pg) boundary, the Neoaves, the most diverse avian clade, suffered a rapid global expansion and radiation. A genome-scale molecular phylogeny indicates that nearly all modern ordinal lineages were formed within 15 million years after the extinction, suggesting a particularly rapid period of both genetic evolution and the formation of new species. Today, with more than 10500 living species, birds are the most species-rich class of tetrapod vertebrates. The description of a new neornithine from the Late Cretaceous of Belgium shed new light on the evolution of birds.

Asteriornis maastrichtensis is a small member of the clade Pangalloanserae, the group that includes Galliformes and Anseriformes, with an estimated body weight of about 400 grams. The holotype (NHMM, 2013 008) includes a nearly complete, articulated skull with mandibles, and associated postcranial remains preserved in four blocks. The new specimen, dated between 66.8 and 66.7 million years ago, was collected in 2000 by Maarten van Dinther. The generic name is derived from the name of the Asteria, the Greek goddess of falling stars, and the Greek word ornis for bird. The specific name maastrichtensis honors the provenance of the holotype, the Maastricht Formation (the type locality of the Late Cretaceous Maastrichtian stage). 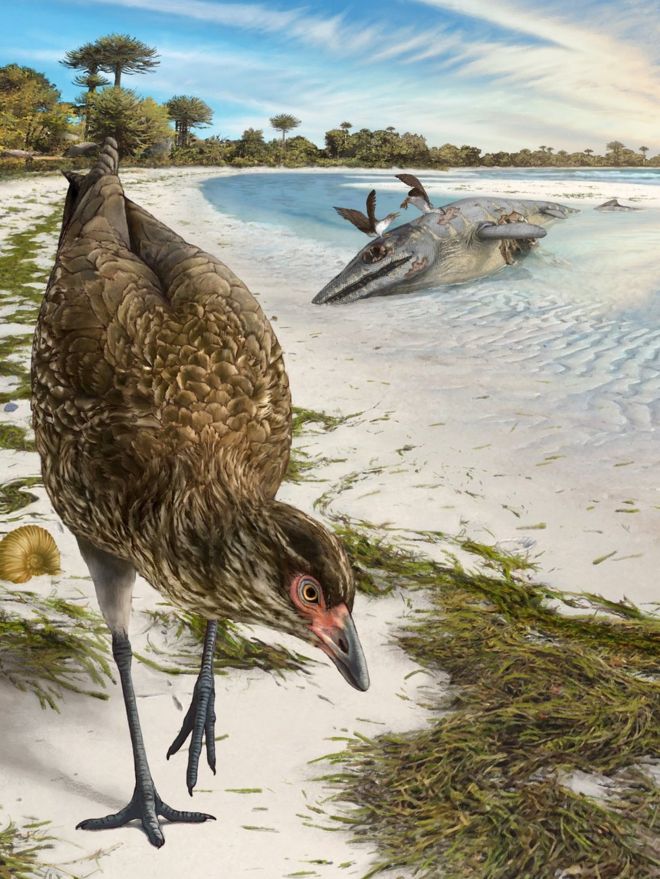 Asteriornis exhibits caudally pointed nasals that overlie the frontals and meet at the midline of the skull, and a slightly rounded, unhooked tip of the premaxilla. The new specimen reveals a previously undocumented combination of ‘galliform’ and ‘anseriform’ features that emphasizes the modular nature of the skull and bill of crown birds. The narrow and elongate hindlimbs and provenance from nearshore marine sediments suggest that Asteriornis might have had a shorebird-like ecology.