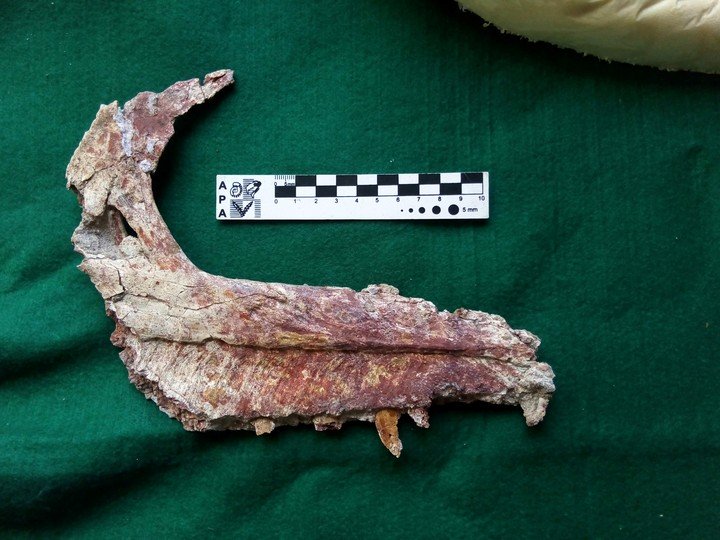 The Abelisauridae represents the best-known carnivorous dinosaur group from Gondwana. Their fossil remains have been recovered in Argentina, Brazil, Morocco, Niger, Libya, Madagascar, India, and France. The group was erected by the legendary paleontologist Jose Bonaparte with the description of  Abelisaurus Comahuensis. These theropods exhibit spectacular cranial ornamentation in the form of horns and spikes and strongly reduced forelimbs and hands. The clade includes Carnotaurus sastrei, Abelisaurus comahuensis, Aucasaurus garridoi, Ekrixinatosaurus novasi, Skorpiovenator bustingorryi, Eoabelisaurus mefi and Viavenator exxoni.

Abelisauroids were traditionally divided into two main clades: large-sized Abelisauridae, and small-sized Noasauridae. Although represented by relatively well-known skeletons, the phylogenetic relationships within abelisaurids remain debated. The Argentinean record of abelisauroid theropods begins in the Middle Jurassic (Eoabelisaurus mefi) and spans most of the Late Cretaceous. Now, a new abelisaurid from the upper section of the Huincul Formation (Cenomanian-Turonian) at the Violante Farm fossil site, Río Negro province, northern Patagonia, Argentina, is an important addition to the knowledge of abelisaurid diversity.

The holotype MPCA-Pv 815 is represented by an incomplete specimen including a right maxilla, distorted and incomplete dorsal, sacral and caudal vertebrae, cervical ribs, and pubis. Tralkasaurus is a medium-sized abelisaurid, much smaller than large abelisaurids as Abelisaurus and Carnotaurus. The name derived from Tralka, thunder in Mapudungun language, and saurus, lizard in Ancient Greek. The specific name “cuyi” derived from the El Cuy, the geographical area at Rio Negro province, Argentina, where the fossil was found.

This four-meter-long (13-foot-long) theropod exhibits a unique combination of traits, including deeply incised and curved neurovascular grooves at the lateral maxillary body that originate at the ventral margin of the antorbital fossa, and shows an extensive antorbital fossa over the maxillary body that is ventrally delimited by a well-marked longitudinal ridge that runs from the promaxillary fenestra level towards the rear of the maxilla.
Because body mass is usually indicative of an ecological niche, the new taxon probably occupied a different ecological niche within the predatory guild. 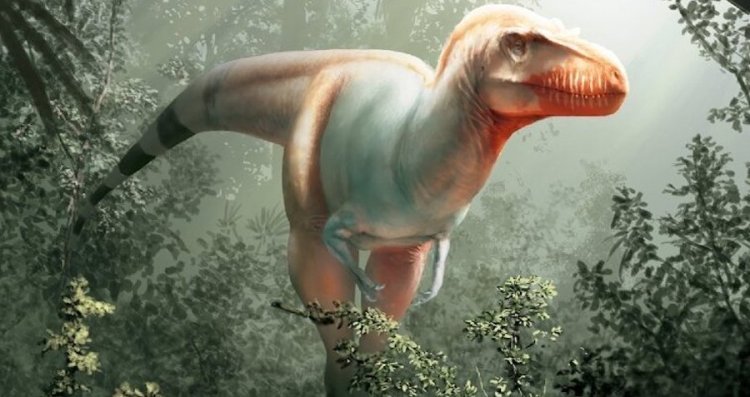 Tyrannosauroidea, the superfamily of carnivorous dinosaurs that includes the iconic Tyrannosaurus rex, originated in the Middle Jurassic, approximately 165 million years ago, and was a dominant component of the dinosaur faunas of the Northern Hemisphere. All tyrannosaurs were bipedal predators characterized by premaxillary teeth with a D-shaped cross section, fused nasals, extreme pneumaticity in the skull roof and lower jaws, a pronounced muscle attachment ridge on the ilium, and an elevated femoral head. But for most of their evolutionary history, tyrannosauroids were mostly small-bodied animals and only reached gigantic size during the final 20 million years of the Cretaceous. To explain their geographic dispersal through Laurasia, one phylogenetic hypothesis suggested a scenario where basal tyrannosaurids (i.e., albertosaurines and Daspletosaurus) occurred in northern locations (Alberta and Montana) and derived tyrannosaurids (i.e. Bistahieversor, Lythronax, and Teratophoneus) occurred farther south (New Mexico and Utah), with the Tyrannosaurus evolving from the southern group during the Maastrichtian.

The recently described Thanatotheristes degrootorum, from the middle Campanian of the Foremost Formation of Alberta, Canada, is the oldest tyrannosauroid known from Canada and is approximately 2.5 million years older than Gorgosaurus libratus and Daspletosaurus torosus from the Oldman and Dinosaur Park formations. This new specimen provides a new tool to understand the evolution and paleogeographic distribution of Tyrannosauridae. 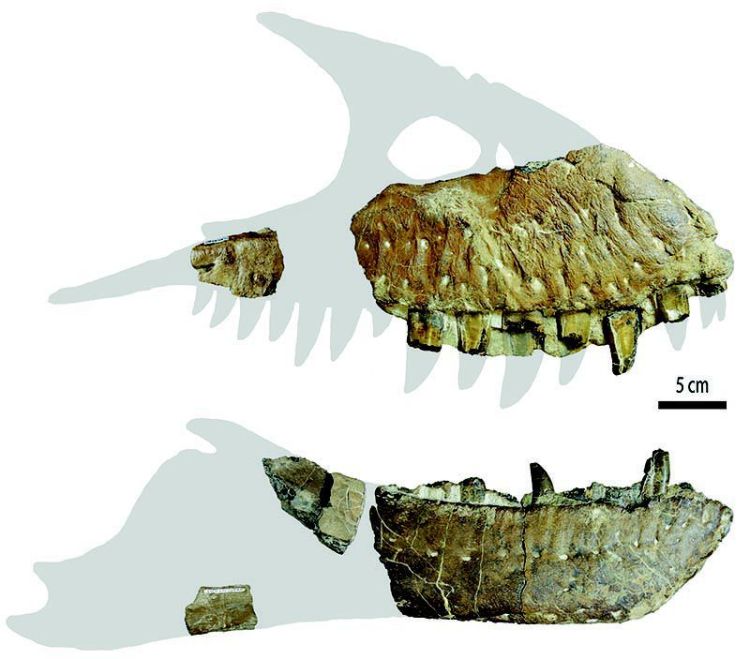 The holotype (TMP 2010.5.7) includes the right maxilla, right jugal, right postorbital, right surangular, right quadrate, right laterosphenoid, left frontal, and both dentaries. The presence of a well-developed ornamentation on the maxilla suggests the individual was probably sexually mature. A referred specimen (TMP 2018.016.0001) is based on a partial right maxilla from a subadult individual, and it was found approximately 10 km northeast of Hays, Alberta. The name derived from Thanatos the Greek god of death, and theristes (Greek), harvester or reaper. The specific name honors John and Sandra De Groot, who discovered the holotype specimen.

The new taxon is one of the earliest tyrannosaurid from North America, and is roughly equivalent in age to Dynamoterror dynastes from the Menefee Formation of northern New Mexico, but is slightly younger than Lythronax argestes from the Wahweap Formation of southern Utah.

The addition of more basal tyrannosaurid clades reveals that at least five major lineages evolved within Tyrannosauridae, with different skeletal morphotypes linked to differences in paleoecology, such as prey composition or hunting/feeding strategies.