It is a truth universally acknowledged, that women has always work harder than men to gain some recognition. It was true in the 16th, and it’s true now. In “A Room of One’s Own”, Virginia Woolf explores the conflicts that a gifted woman must have felt during the Renaissance through the fictional character of Judith Shakespeare, the sister of William Shakespeare, and cites as obstacles the indifference of most of the world, the profusion of distractions, and the heaping up of various forms of discouragement. But not only in the Elizabethan times. In the Victorian times there was the common assumption that the female brain was too fragile to cope with mathematics, or science in general. In a letter from March 1860, Thomas Henry Huxley wrote to great geologist Charles Lyell FRS: “Five-sixths of women will stop in the doll stage of evolution, to be the stronghold of parsonism, the drag on civilisation, the degradation of every important pursuit in which they mix themselves – intrigues in politics and friponnes in science.”

Margaret Crosfield on a Geologists’ Association fieldtrip to Leith Hill with Professor Lapworth (From Burek and Malpas, 2007).

Women have played  various and extensive roles in the history of geology. Unfortunately, their contribution has not been widely recognised by the public or academic researchers. In the 18th and 19th centuries women’s access to science was limited, and science was usually a ‘hobby’ for intelligent wealthy women. Early female scientists were often born into influential families, like Grace Milne, the eldest child of Louis Falconer and sister of the eminent botanist and palaeontologist, Hugh Falconer; or Mary Lyell, the daughter of the geologist Leonard Horner. They collected fossils and mineral specimens, and were allowed to attend scientific lectures, but they were barred from membership in scientific societies. But by the first half of the 20th century, a third of British palaeobotanists working on Carboniferous plants were women. The most notable were  Margaret Benson, Emily Dix, and Marie Stopes. 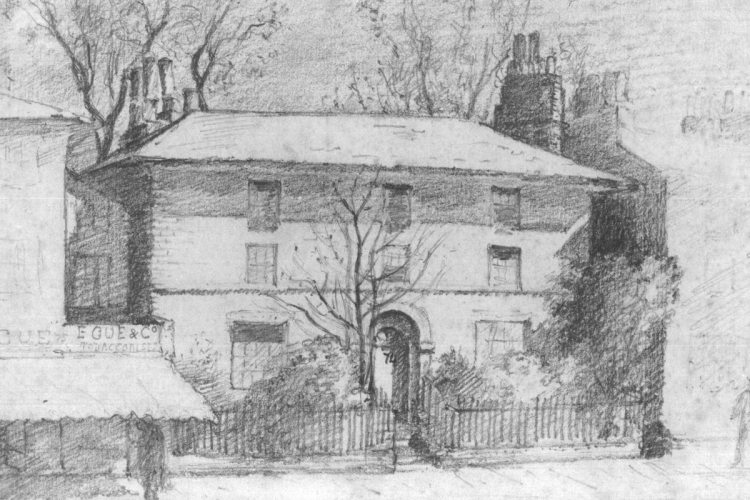 Margaret Benson was born on the 20th October 1859 in London. Between 1878 and 1879, she studied at Newnham College Cambridge. After obtaining her BSc at University College London (UCL) in 1891, she started research on plant embryology.  In 1893, Benson was appointed head of the new Department of Botany at Royal Holloway College, the first woman in the United Kingdom to hold such a senior position in the field of botany. Her palaeobotanical research centred on the anatomy of reproductive structures, especially of Carboniferous pteridosperms and lycophytes. In 1904, she was among the first group of women to be elected as Fellows of the Linnean Society, and in 1912 she was appointed Professor of Botany at the University of London. Her major study on lycophyte fructifications was on the cones of the Sigillaria plant. She also speculated on the relationship between the Palaeozoic arborescent lycophytes and the Recent Isoetes, with the Triassic Pleuromeia as a possible intermediate form. She worked with ferns and cordaites and described a new species, Cordaites felicis. Benson’s work is characterized by careful description. One of her most important theoretical works concerns the phylogenetic significance of the sporangiophore in lycophytes, sphenophytes and ferns. After her retirement in 1922, she was encouraged by D. H. Scott to write up some of her earlier unpublished work on the root anatomy of the early Carboniferous pteridosperm Heterangium. She even continued with fieldwork when she was in her 70s. There is an unpublished manuscript in which she described a new fertile Rhacopteris that she collected from Teilia Quarry in North Wales in 1933. She died on 20th June 1936 at Highgate, Middlesex.