On November 23, 1963 the first chapter of Doctor Who was broadcast on BBC, with William Hartnell (1908-1975) as The Doctor, a male humanoid alien, the last living Time Lord from the planet Gallifrey. For fifty years – including a gap of sixteen years – the Doctor has embodied the human desire for knowledge and adventure. Doctor Who operates in the fantastic genre where ordinary objects turn extraordinaire, like the legendary TARDIS, a police telephone box, which is a time machine and a spacecraft.

Many authors had wrote about the science of Doctor Who focusing in the physic of time travel, but there’s a side less explored, the geology of Doctor Who. In “The Fires of Pompeii”, the tenth Doctor played by David Tennant and his companion, Donna Noble, travel to Pompeii one day before the eruption of Mount Vesuvius in AD 79. The story revolves around a big moral dilemma: Must the Doctor explode the volcano and sacrifice the city of Pompeii in order to save millions from being converted into Pyroville hybrids? The Doctor’s answer is yes. The volcanic eruption is a “fixed point in time”, and the Doctor cannot save the city of the devastation.
Donna asked the Doctor to save a family. After a brief hesitation, He decided to save the family of Lucius Caecilius – played by Peter Capaldi, the next Doctor – from the horrible destruction caused by the Mount Vesubio. 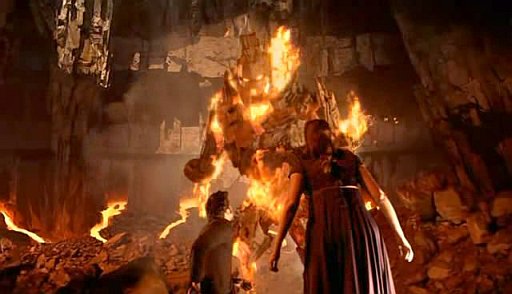 The Fires of Pompeii.

A real witness of the eruption was Pliny the Younger. Like the Doctor, he observed the eruption from Cape Misenum at a distance of about 20 km from the volcano. His letters are considered the first vivid description of an explosive eruption. He wrote: ”Meanwhile from many points on Mount Vesuvius, wide sheets of ﬂame and soaring ﬁres were blazing, their brightness and visibility increased by the darkness of night”. These letters are so intense that you can feel his anguish: “ Now it was the ﬁrst hour of daylight, but the light was still weak and uncertain.”

Mount Vesuvius is a stratovolcano, consisting of an external truncated cone, the extinct Mt. Somma,  a smaller cone represented by Vesuvius. For this reason, the volcano is also called Somma-Vesuvio. It was formed by the collision of two tectonic plates, the African and the Eurasian. When Mount Vesuvius erupted in 79 AD released deadly cloud of ash and molten rocks, and lasted eight days, burying and destroying the cities of Pompeya, Herculaneum and Stabiae. 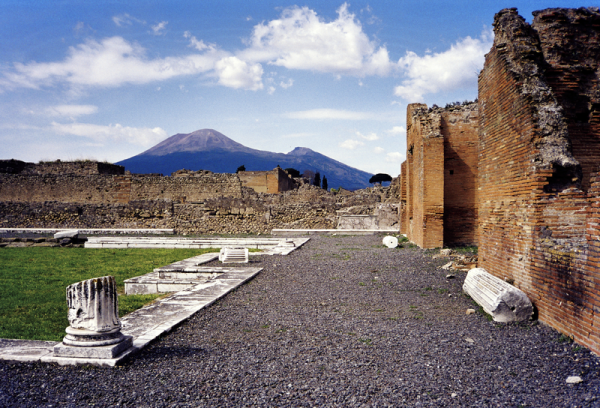 Mount Vesuvius as seen from Pompeii. From Wikimedia Commons

Vesuvius has erupted around three dozen times, since 79 AD. For instance, in 172 AD, Galenus  wrote that ”the matter in it (Vesuvius) is still burning”. Since the great eruption of 1631 to the eruption in 1944,  Vesuvius is almost always in activity with only brief periods of quiescence not exceeding seven years.
Today, volcanic eruptions that send large columns of ash and gas into the stratosphere, like that of the Phillipines’ Mount Pinatubo in 1991, are classified by geologists as Plinian eruptions.

3 thoughts on “Doctor Who: Geologizing with the Tenth Doctor.”