Ernst Freiherr Stromer von Reichenbach was born in Germany on June 12, 1870. In 1893, he began to study geology and paleontology at the University of Munich and wrote his thesis about the geology of the German colonies in Africa, under the direction of Karl Alfred von Zittel.

He later became a vertebrate paleontologist at the Paläontologisches Museum in Munich and an expert on fossil fish and mammals. But I was not until 1901 that he travelled to Africa, more specifically to El Fayum, a fossiliferous location discovered by George August Schweinfurth, a German botanist. The place contains fossil mammals from the Eocene-Oligocene boundary. Supported by the Bavarian Academy of Sciences and Humanities (Bayerische Akademie der Wissenschaften), he conducted a second expedition in 1902. 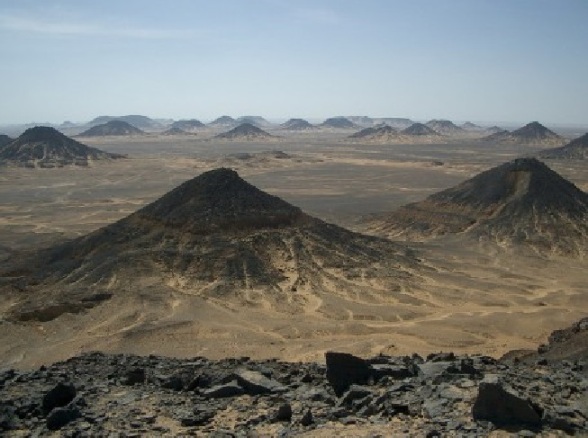 In 1910, E. Stromer went to his  third paleontological expedition to Egypt. He arrived to Alexandria on November 7. He was initially looking for early mammals and planned visit the area of Bahariya, in the Western Desert, which has sediments from the Cretaceous era. But an expedition to the Western Desert needed the permission by the English and French colonial authorities and of course the Egyptian authorities. Although diplomatic relations with Germany were rapidly deteriorating , Stromer managed to get the permissions.

He arrived to the Bahariya Oasis on January 11, 1911. After facing some difficulties during the journey, on January 17 he began to explore the area of Gebel el Dist, and at the bottom of the Bahariya Depression, Stromer found  the remains of four immense and entirely new dinosaurs ( Aegyptosaurus, Bahariasaurus, Carcharodontosaurus and Spinosaurus aegyptiacus), along with dozens of other unique specimens. 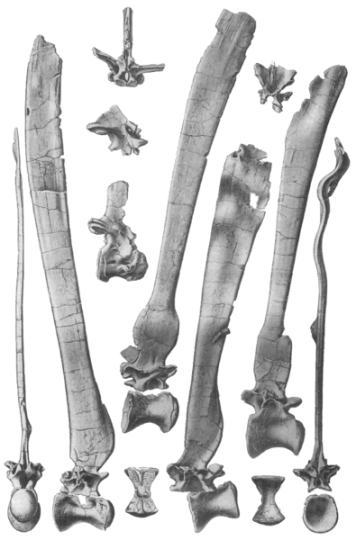 “Illustrations of the vertebrate “sail” bones of Spinosaurus that appeared in one of Stromer’s monographs. From Wikimedia Commons.

With the help of Richard Markgraf (1856-1916), Stromer excavated in three years numerous remains of dinosaurs, snakes, turtles, marine reptiles and crocodiles. Unfortunately, due to political tensions  before and after World War I, many of this fossils were damaged after being inspected by colonial authorities and not arrived to Munich until 1922. The shipping from El Cairo was paid by the Swiss paleontologist Bernhard Peyer (1885-1963), a former student and friend of Stromer.

The most famous of all Stromer’s discoveries was the Spinosaurus. This gigantic predator is estimated to have been about 50 to 57 feet (15 to 17 m) with unusually long spines on its back that probably formed a large, sail-like structure.

This is the only photographic proof of German researcher Ernst Stromer’s discovery of Spinosaurus. Image from the Washington University in St. Louis

During the World War II, Stromer tried to convince Karl Beurlen -a young nazi paleontologist who was in charge of the collection- that he had to move the fossils to a safer place, but he refused to do it. Finally, on April 24, 1944, a British Royal Air Force raid bombed the museum and incinerated its collections. Of course, that was not an isolated occurrence. Between 1940 and 1944, several dinosaur fossils were destroyed in World War II battles.

Stromer was an aristocrat (“Freiherr” in his name roughly equals “baron” in English) who refused to join the Nazi, but Stromer’s defiance cost him dearly: all of his sons were sent to the German army. Two of them died in combat and one was captured and imprisoned in the Soviet Union for several years.

In 2000, a new paleontological expedition went to Bahariya and recovered the first dinosaur’s remains since the time of Stromer and Markgraf. Among the new findings is the sauropod Paralititan stromeri (named in Stromer’s honor).

7 thoughts on “Ernst Stromer and the lost Dinosaurs of Egypt.”